Benefits of positive relationships between caregivers and patients

As the child of a person with Alzheimer’s disease, your biggest concern is providing your parent with the best care possible. It can be overwhelming – for example, the intense worry over how well your mother is communicating with her nurse or if she is happy with her living conditions. In today’s increasingly depersonalized health care system, getting such answers can be a troublesome task. Many people in your situation must rely on the professionals that care for your parent to provide not only medical care but also emotional and social needs.

That’s why Aegis Living puts such a strong emphasis on the importance of maintaining a positive relationship between the senior and the caregiver. The stronger the rapport between someone with Alzheimer’s and the person providing care, the more comfortable and content the patient will be. But there’s more to it – an exceptionally close relationship between the two can give an individual with Alzheimer’s a considerable edge when it comes to retaining brain and memory function. In fact, emotional affinity can even be as effective as some Alzheimer’s medications.

The proof is in the research

It seems sensible that someone receiving more personalized care would respond better than one being treated by a distant and closed-off caregiver. But researchers have done the work to prove the effects of a positive relationship between caregivers and patients. Utah State and John Hopkins universities joined forces to conduct a study to determine just how being close and comfortable with a caretaker can benefit Alzheimer’s patients. The clinical investigation, published in the The Journals of Gerontology Series B: Psychological Sciences and Social Sciences in 2009, was the first of its kind, and it showed that the patient-caregiver accord can directly influence the progression of dementia.

The researchers looked at 167 pairs of Alzheimer’s patients and caregivers in their own institution’s medical centers as well as at University of Washington, Boston University and Duke University. Beginning in 2002, the scientists met with these participants in their homes every six months, conducting tests to determine the status of their cognitive, behavioral and physical health. In this case, these caretakers were spouses and adult children. A survey allowed the researchers to determine the closeness of the relationships between the two parties.

At the start, all patients had similar scores on functional and cognitive tests; however, as the time went on, those with more distant relationships continued to score lower than those with closer relationships with their caretakers. In fact, afflicted seniors who felt particularly close to the people looking after them lost half as many points on these tests compared to those who were not close. The study provided clear proof of the benefit of a positive relationship on an Alzheimer’s patient’s ability to retain brain function. The slowed decline in scores were similar to that which occurs with acetylcholinesterase inhibitors, Alzheimer’s drugs approved by the Food and Drug Administration.

Why not just provide care at home?

Ideally, an Alzheimer’s patient would be cared for by a spouse, which the study suggested is the most beneficial situation for someone with this condition, or a family member. But this is isn’t always possible, either because the spouse has passed away or due to the massive toll that looking after someone with memory loss can have. Learning that your parent has Alzheimer’s is difficult enough, but it can become even more devastating as time goes on and symptoms worsen. The mental, emotional and social stress can be unbearable, and studies have shown that such caregivers often experience higher levels of anxiety and depression, loss of sleep and other effects associated with the stress of the responsibility – conditions that can shorten your own life and that your parent would cringe to see you go through. So it’s important to find an assisted living community that allows your parent to live a happy and healthy life with the help of positive relationship with the care provider.

While the aforementioned study focused on patients who receive in-home care, the concept can be applied to assisted living center. For example, a positive relationship between your mother and her nurse can lead to heightened trust, more open, honest communication and, in effect, better overall care for your mother. That’s why it’s important to choose an assisted living facility that embraces these close ties that help seniors with Alzheimer’s retain brain function and stave off memory issues.

How does Aegis stack up?

In today’s modern world, the success of health care is measured largely by technical aspects, such as medication administration and medical procedures, letting communication and humaneness fall to the wayside. It’s a shame, considering the great benefits compassion can have on a patient’s health. But Aegis Living provides individualized care with an emphasis on empathy for your parent’s experiences. For instance, your mother will be surrounded only the most qualified and caring staff who encourage open communication, assess her quality of life and strive to make her happier and more comfortable on a daily basis, while still allowing your mother to feel independent and in control. Aegis staff are the kind of people who ask your mother, “How are you doing today?” and rather than moving on with business, listen intently for the response. 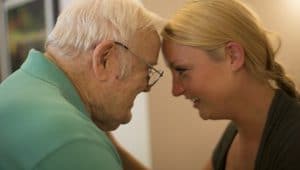 Your Career in Assisted Living

For many of us, Labor Day marked the beginning of the new school year, or maybe the end of summer. 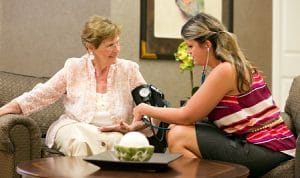 Shopping for the right assisted livingcommunity for your parent or spouse can be a daunting task. 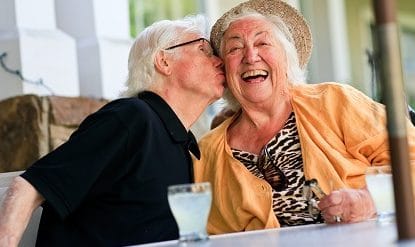 How to keep your senior parents together.

Life expectancy around the world continues to increase steadily.