The progression of issues such as dementia, Alzheimer’s disease or arthritis may limit a person’s ability to live independently, requiring the need for assistance with daily living responsibilities. In some cases, an adult child may choose to care for their parent, but at some point, the​ir loved one may require professional care that only an assisted livingfacility can provide.

For Susan Williams and her sister, Julie – who was acting as caregiver for their father – that moment came when their dad needed more help than they could provide.

“The job of attending to Dad’s needs were becoming too great for her and we decided to move him from Idaho to Redmond where I live,” Williams said in an e-mail interview. “The closest assisted living facility would be a 45-minute drive one way for my sister and it just made sense to have him 3 miles from me rather than 50 miles from her. Besides, it is such a privilege for me to be able to see him most days and just visit.”

Initially, Williams’s father was apprehensive about the move, as were she and her sister. However, their dad’s doctor discussed the move with him after seeing pictures of Aegis at Marymoor, and told their father that this was the best course of action. The physician recommended that he no longer drive, and said he needed every-day care due to his issues with food.

Williams’ father can no longer eat whole foods, but the staff at Aegis Living has done a wonderful job making sure that his meals are tasty – just the way he likes them. Her father constantly talks with her about how much he enjoys his pureed meals, which is certainly a compliment coming from a real foodie.

“He has no complaints with the food which has made his transition even better,” Williams said. “He has even put weight back on since he was unable to keep food down. Dad cannot live on his own and this facility has done an amazing job of welcoming Dad to his new way of life.”

When it was time to make a choice, Williams chose Aegis Living because it was conveniently located near her home, and it provided the individualized attention her father needed, especially during those first few transition months.

“Everything done at this facility has shown my dad and our family that it is so high class and the entire staff wants the best for their residents,” Williams said.

Since the move, Williams noted that her father has been very happy residing at Aegis, and she is able to see him often, as she is welcome to come as go as she likes. In fact, since his move, her dad has seen improvements in his health. She said that he’s better about remembering current experiences, and that being around the people and receiving proper nutrition has had a positive effect on his health. Additionally, the feeling of being at home allows the residents to really relax here because they are comfortable.

“Aegis Living gives a homey feeling to anyone walking in,” she said. “Yes, it is an assisted living facility but every aspect of the community is high class, giving the feeling of home to its residents and visitors.” 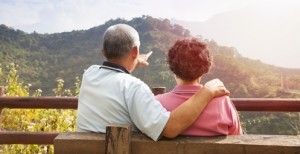 Romantic love is not only the domain of the the youth – seniors continue to long for intimacy and affection. Many maintain relationships […] 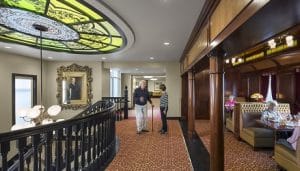 Just starting the search for senior living, assisted living or Alzheimer’s care? We know that there is a sea of […]

The progression of issues such as dementia, Alzheimer’s disease or arthritis may limit a person’s ability to live independently, requiring the […]